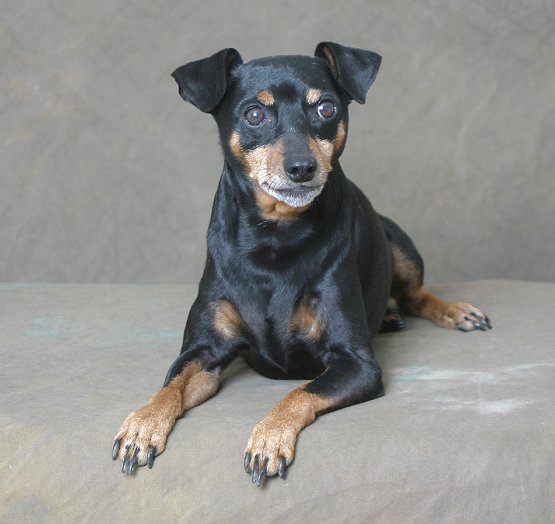 My Buddy Jack      My Buddy Pippin 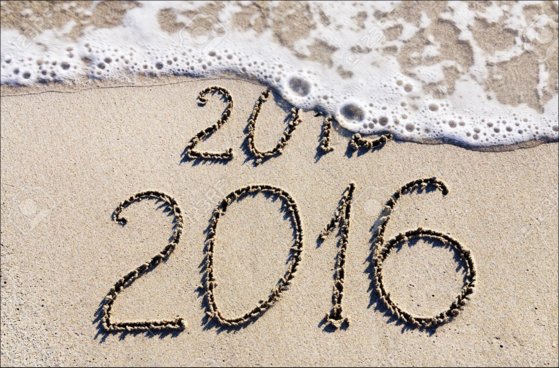 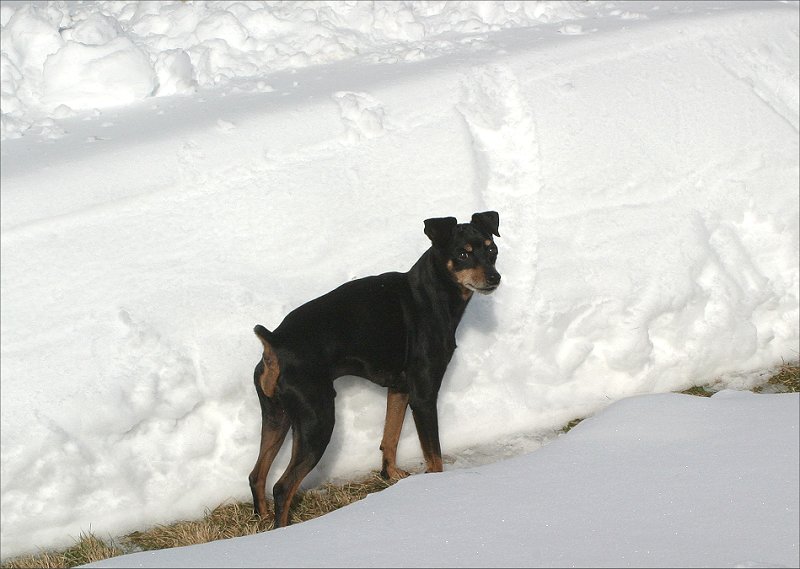 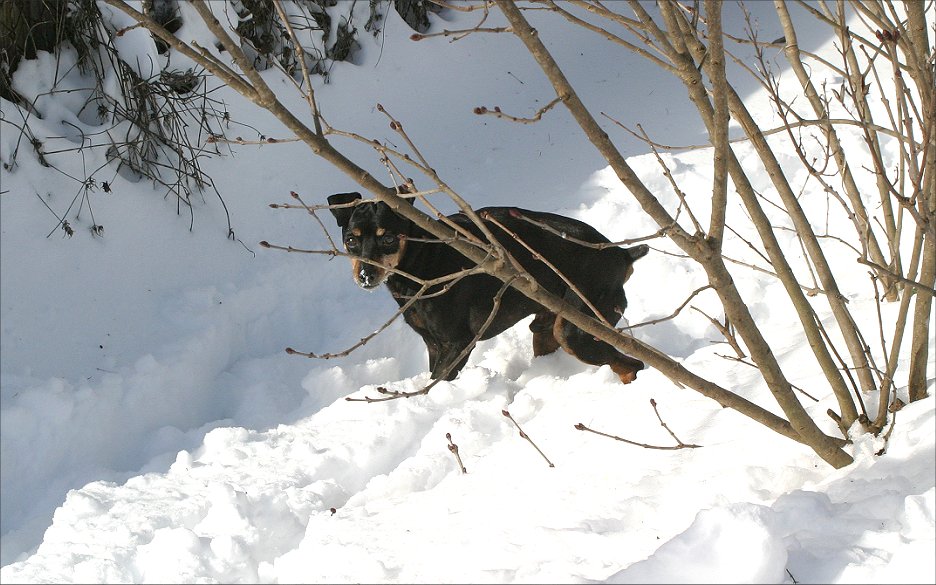 Be glad when the warm weather is here to stay but until then this is a good place to hang out... 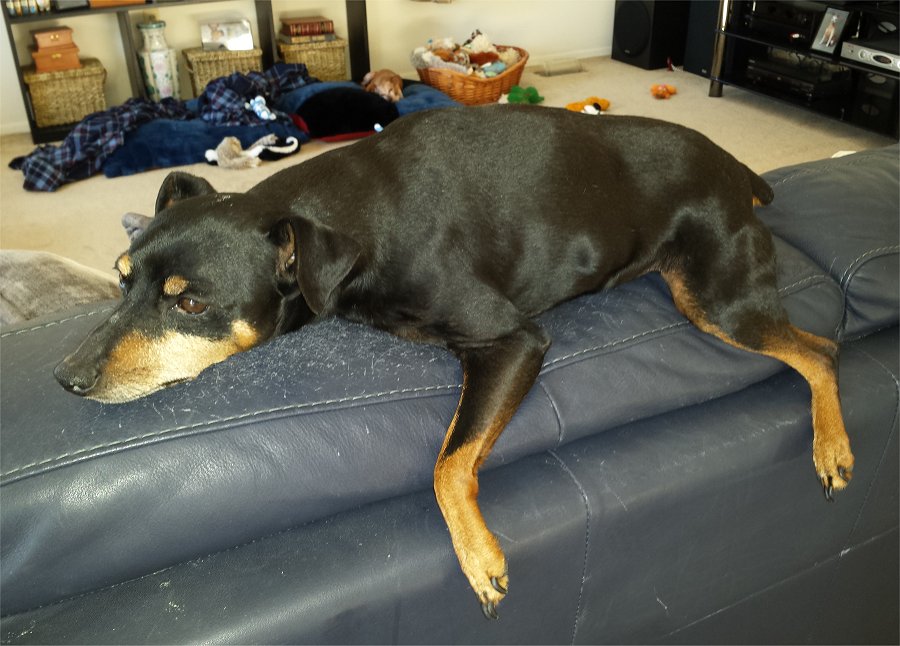 I know Dad feels bad leaving us when he goes to work but we really don't know he's gone most of the time... 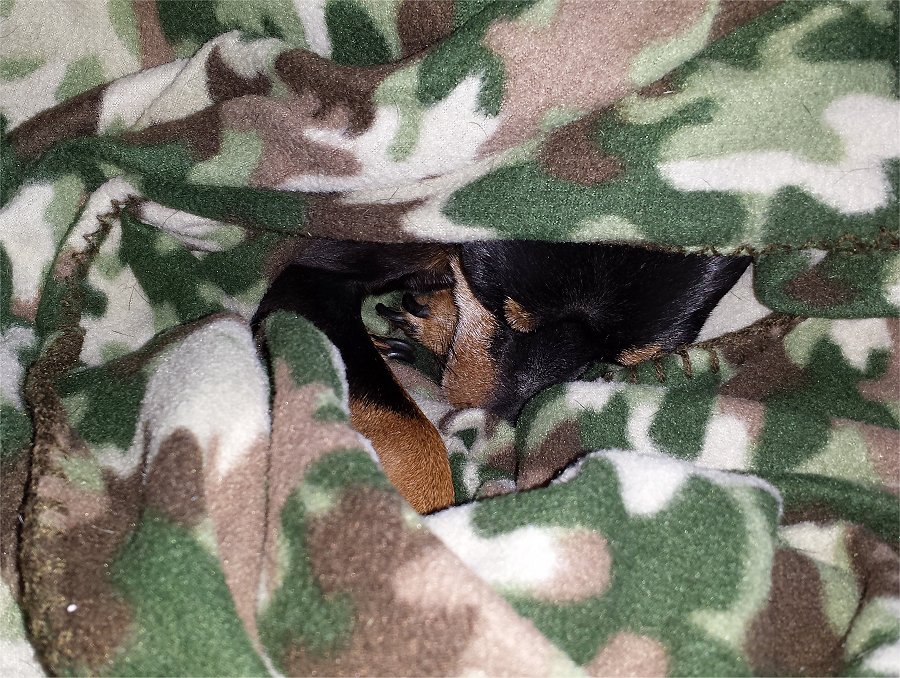 Ahhh, the smells and warmth of Spring!! 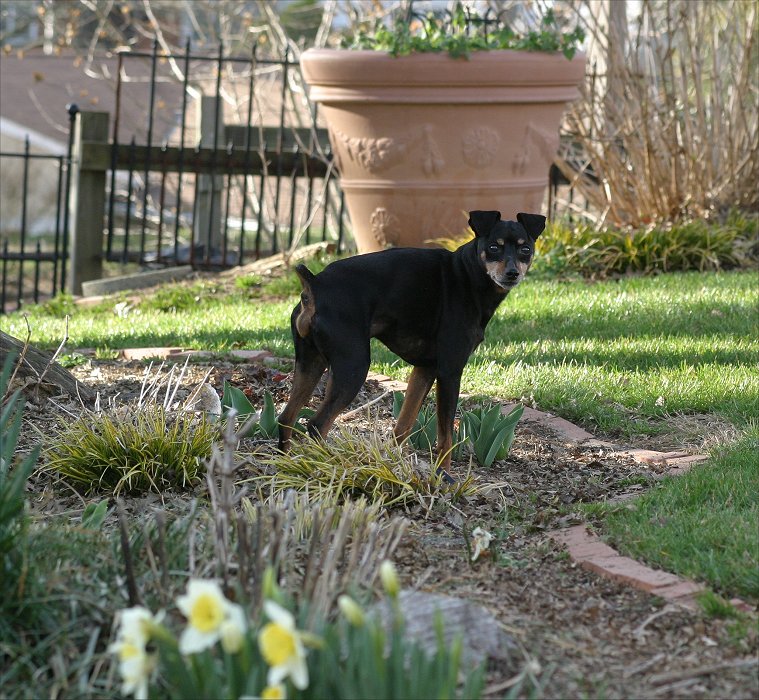 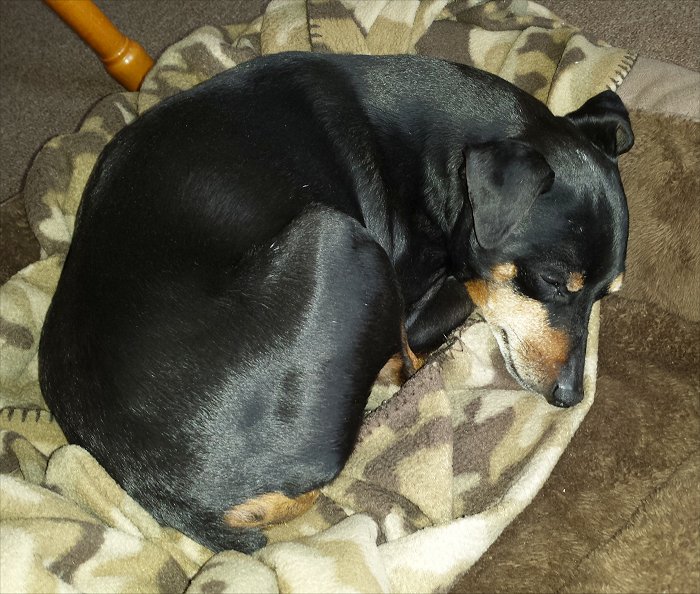 First week of April and the side of my jaw was swollen and hurt...
Dr. Anderson has me on some meds and today April 18th,  I'm having my teeth cleaned for the first time. 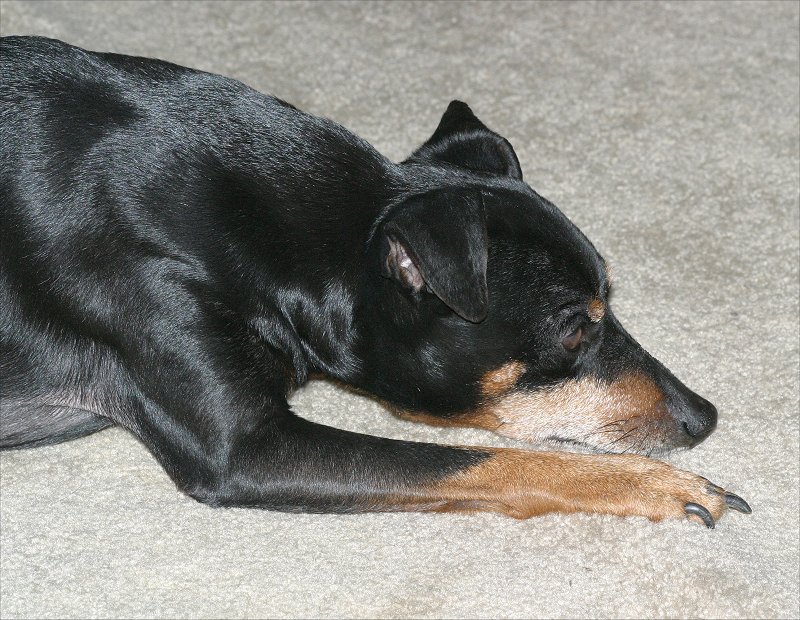 Finally the weather is getting warm !! 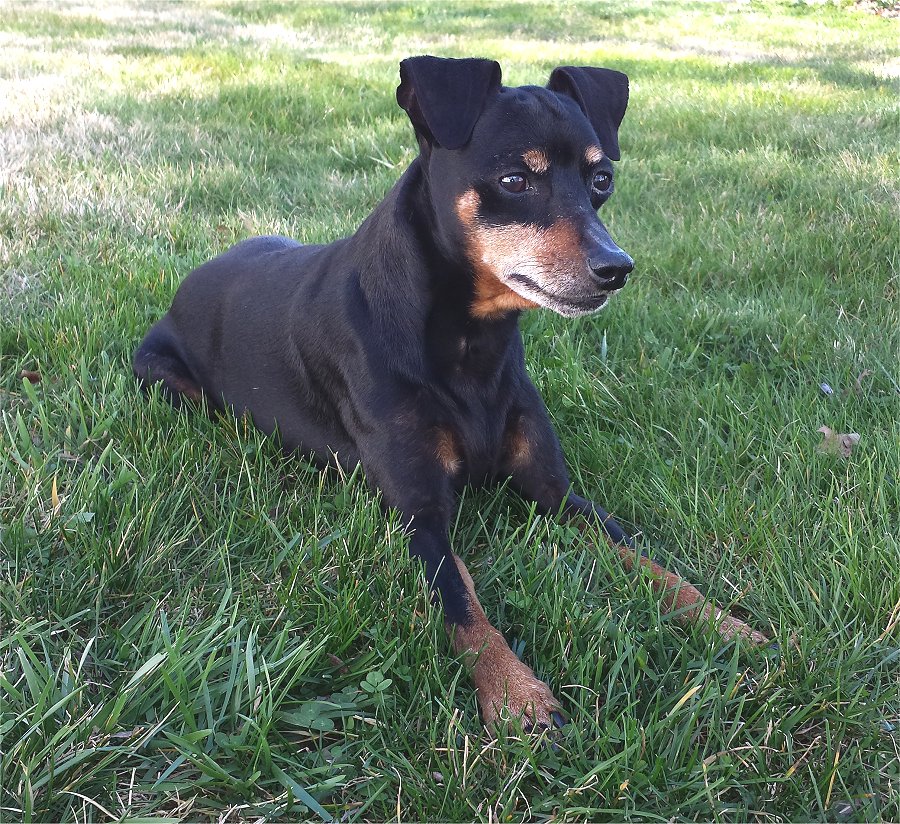 Of all the places to sleep around here, Dad's lap is The BEST ! 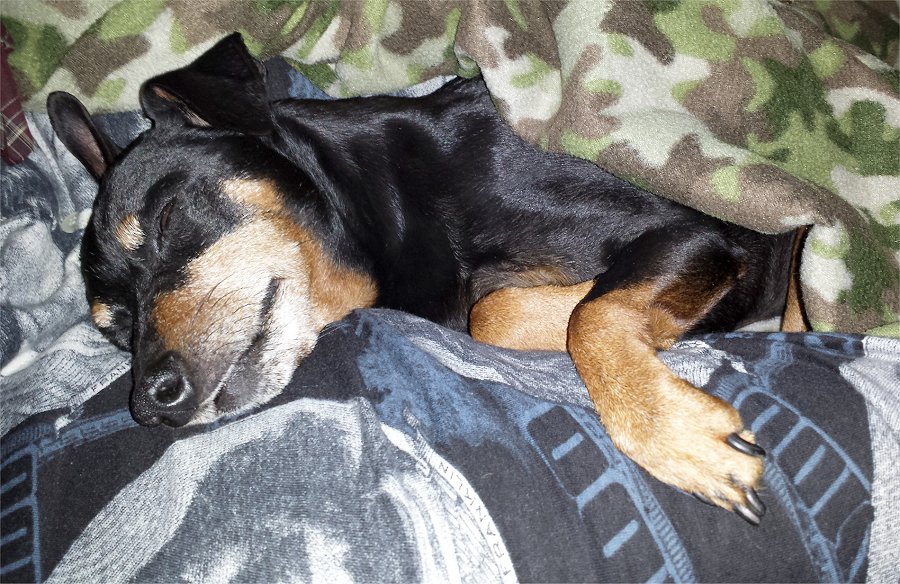 Wow, July is here already and it's nice to lay in the sun with the ac blowing on me too!! 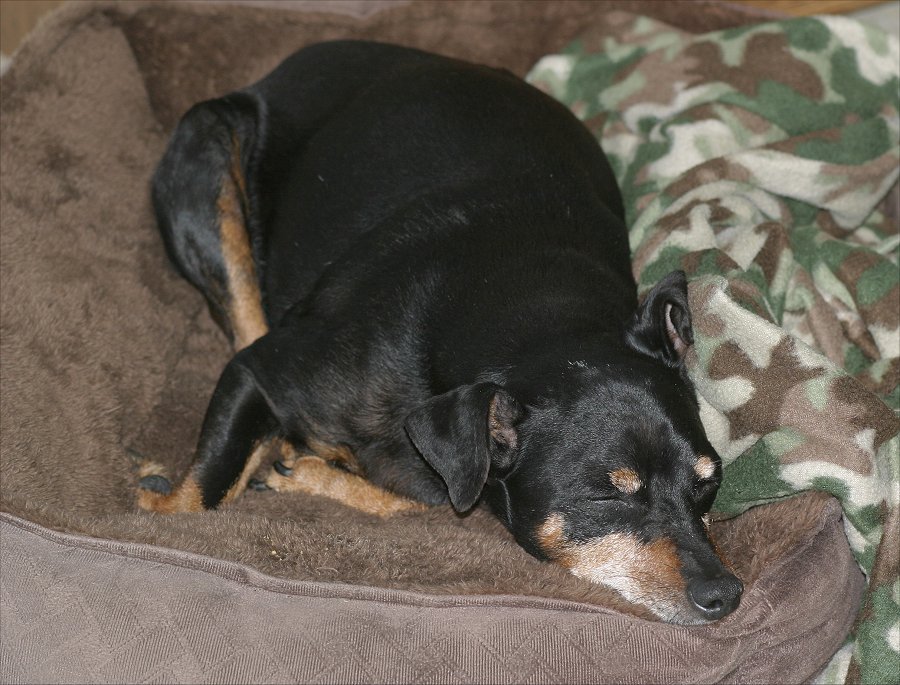 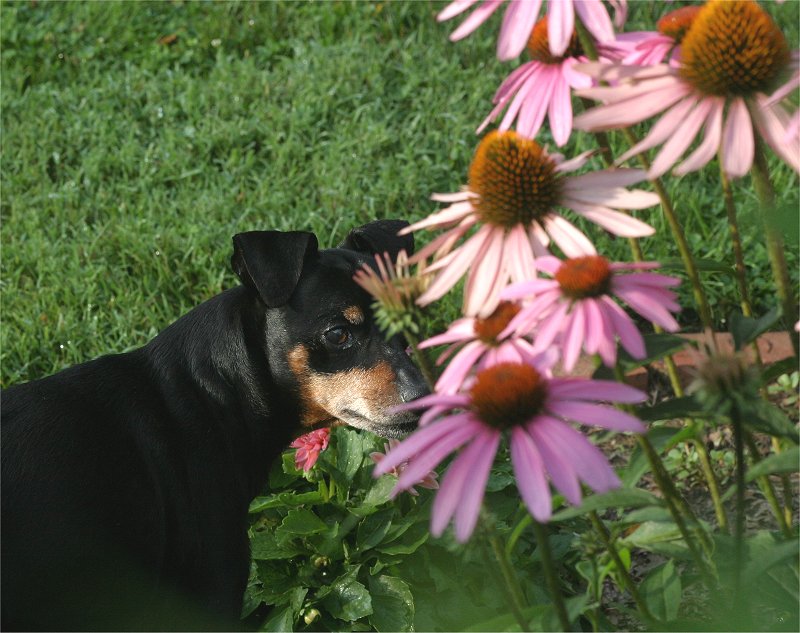 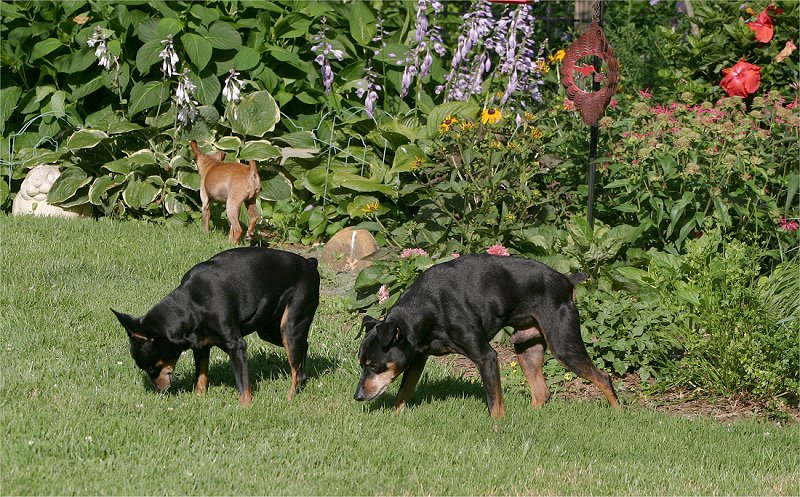 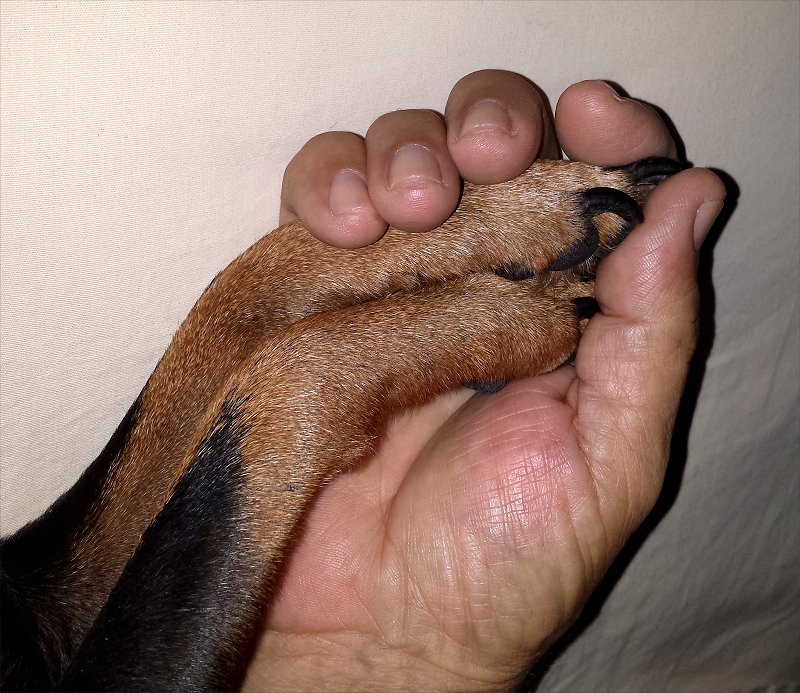 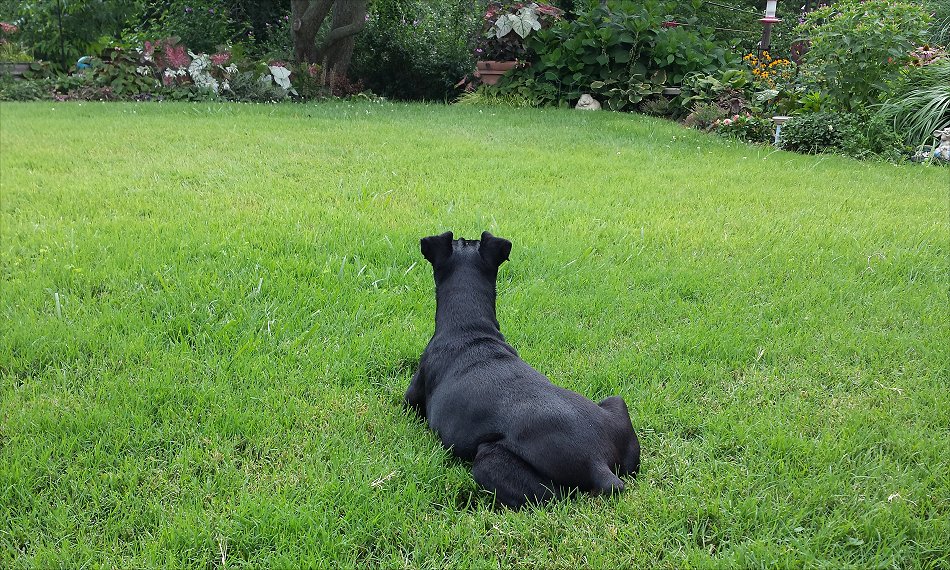 This year is just about gone already....

Well 2017 came in without much hoopla here except for a little noise outside.
That's the way it is when you're an old dog! 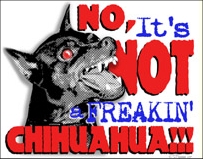 Miniature Pinscher ~  The King Of Toys